Norway Cruises: Explore The Fjords All Year Round

For those who've been lucky enough to explore them, the Norwegian fjords rank as some of the most beautiful scenery they've ever seen

These deep gouges into Norway's coast were formed around 450 million years ago, when a mighty mountain range (loftier than Mount Everest by some way), was gradually scoured away by a series of vast glaciers. After all the scouring was done, what we now call Norway was left with scores of deep fjords - and one of the best areas to enjoy a cruise on the planet.

Most people visit Norway's fjords between June and August, but it's possible to explore them all year round - as long as you accept there will be some unpredictable weather!

Here are some of the most famous fjords and glaciers:

Arguably one of the most awe-inspiring ferry trips on Earth, Geirangerfjord is considered one of the most beautiful fjords in the world. This 20km chug takes you through the very steep-sided Geirangerfjord, past abandoned homesteads clinging to the vertiginous sides, and tall blue-green waterfalls that drop into emerald waters below.

Inspiration for the scenery in Disney's Frozen, this UNESCO World Heritage site is where you will find the famous Seven Sisters waterfall, as well as the Suitor, the Bridal Veil

Cruises to Geirangerfjord will often include a port call to the city of Alesund, which sits at the mouth of the magnificent fjord.

During your stop in Alesund, explore the art galleries, shops and lively cafés of this pretty destination.

If you are feeling a little more energetic, climb the 418 steps of Mount Aksla and soak up panoramic views of this attractive city and the surrounding landscapes. 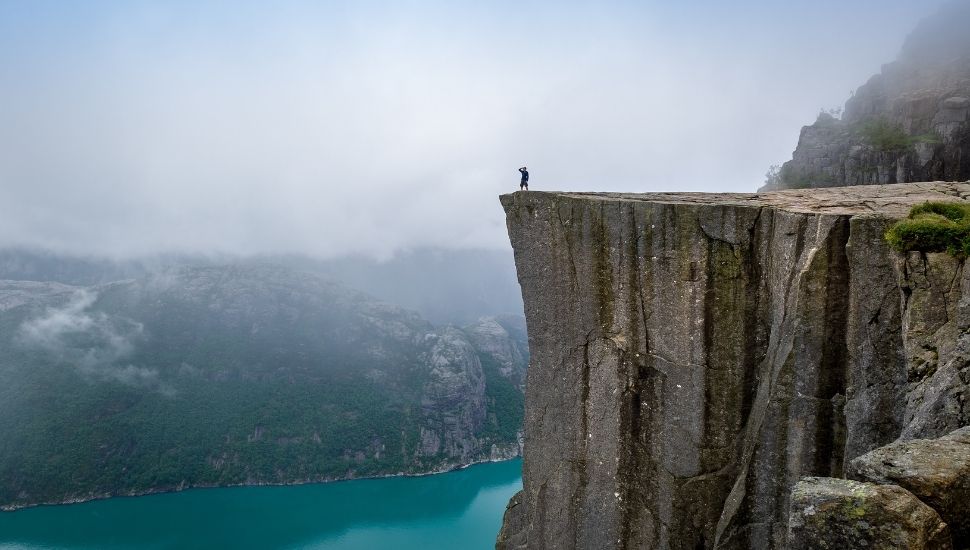 Pulpit Rock and the Lysefjord

Even without the world famous Pulpit Rock (Preikestolen) - a vast table-like jutting rock that overlooks the water - Lysefjord would be one of Norway's most impressive fjords. If you dare ascend to Pulpit Rock itself, you'll be rewarded with views into the fjord, some 604m below. Not one for the vertigo sufferers among us, but definitely a potential highlight of your Instagram account!

OK, this isn't a fjord, but it still qualifies as a "must-visit '' if you can. Jostedalsbreen is in fact an ice cap covering 487sq km (almost half of the Jostedalsbreen National Park) and in places is hundreds of metres thick.

Most towns near the icecap offer tours which involve you slipping into some crampons and crunching steadily across the duck-egg-blue ice.

On cruises to Skjolden, cruises to Olden and cruises to Hellesylt for example, you will find most cruise lines offer shore excursions to Jostedalsbreen. 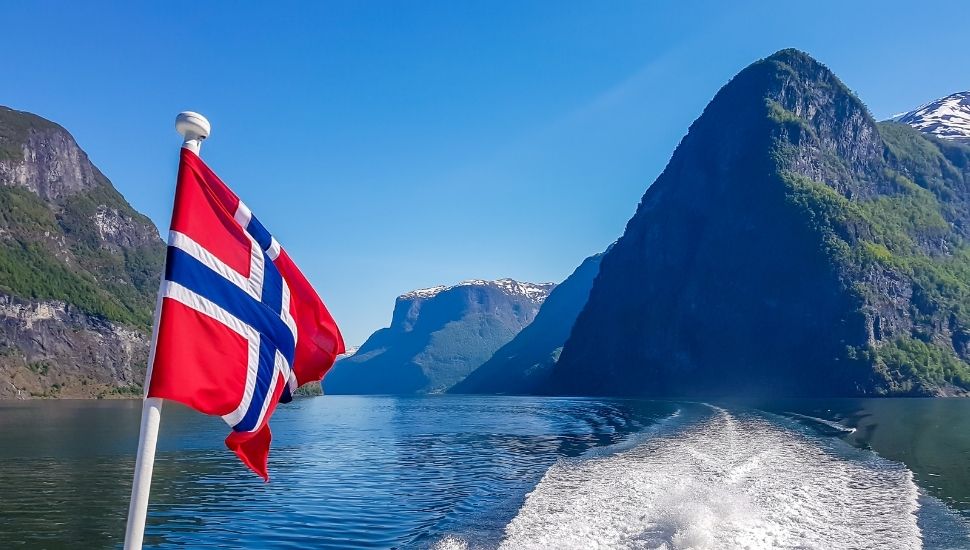 A number of cruise lines offer all-year-round cruises to certain Norwegian fjords. Lysefjord & Preikestolen is the most popular. Winter trips offer up the tantalising possibility of witnessing the Northern Lights.

There are several ways to enjoy such a cruise.

Norway cruises from the UK

For UK residents, the most common option is taking a return cruise from the UK to Norway. For example, P&O cruises operate Norway cruises from Southampton to the key Norwegian fjords and back again, including excursions ashore at places like picturesque Stavanger.

With no international flights or hotel stays ashore, this is probably the cheapest option (although there are plenty of ways to spend your money aboard!).

Other Norway-bound cruises from the UK include Fred.Olsen (from Newcastle); Carnival (from Dover); Royal Caribbean (Southampton) and Cunard (Southampton). 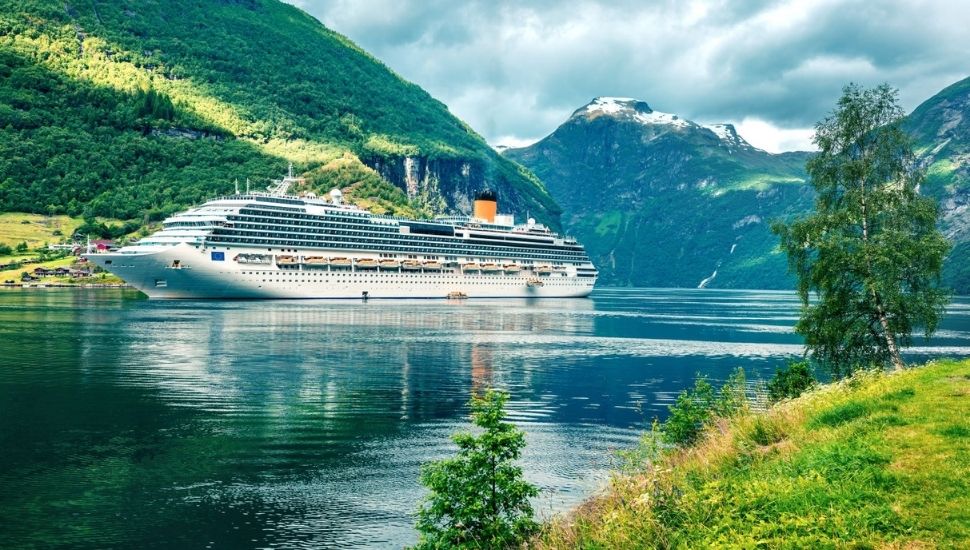 Alternatively, you could fly to Norway then take a cruise in-country, opting for a multi-night cruise, or simply shorter day ferry trips. For example, Rodne operates ferry trips to Lysefjord & Preikestolen which cost around NOK 580 (55GBP), and to Bergen to Mostraumen (NOK 690; 60 GBP) - among other routes. However, doing it this way would mean organising your own travel between departure points - which could be costly and complex given the region's geography.

It's far easier to stay on a cruise ship for the majority of your Norwegian cruise adventure. Longer cruises are available with operators like Hurtigruten, which offers a 34-stop cruise along most of Norway's coast. This is an expensive option (from 2000GBP) but you'll see most of the country's beguiling coastline. 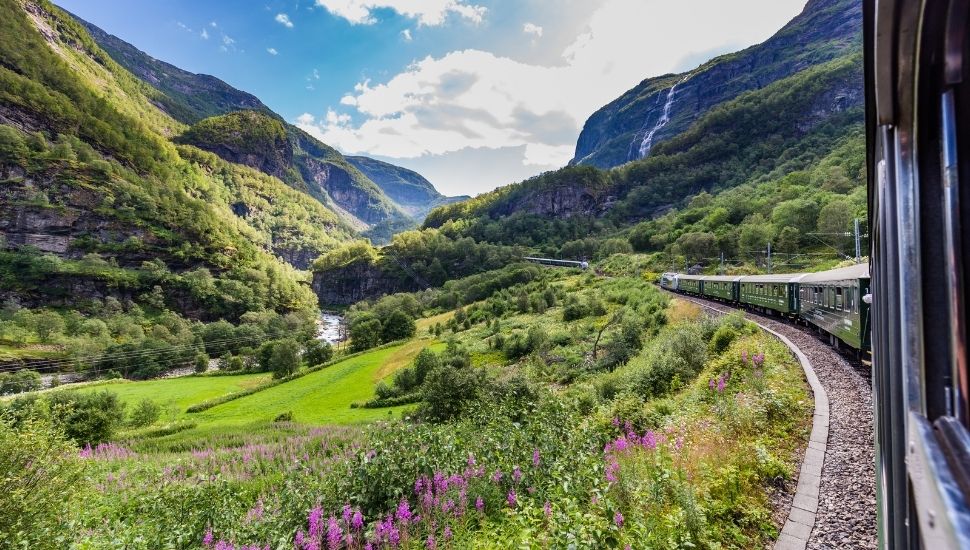 If you enjoy trains as well as cruise ships, you could book a cruise-and-train combo. These start in Oslo and usually involve taking the train to Bergen via Flåm. You would then board your cruise ship before exploring places like Aurlandsfjord and Sognefjord.

As the vaccine rollout continues across Europe, there is hope cruises to the Norwegian fjords can continue year-round, with cruise lines looking to capitalise on pent-up demand for such trips.