Top 10 Most Amazing Waterfalls on the Planet | starttravel.co.uk 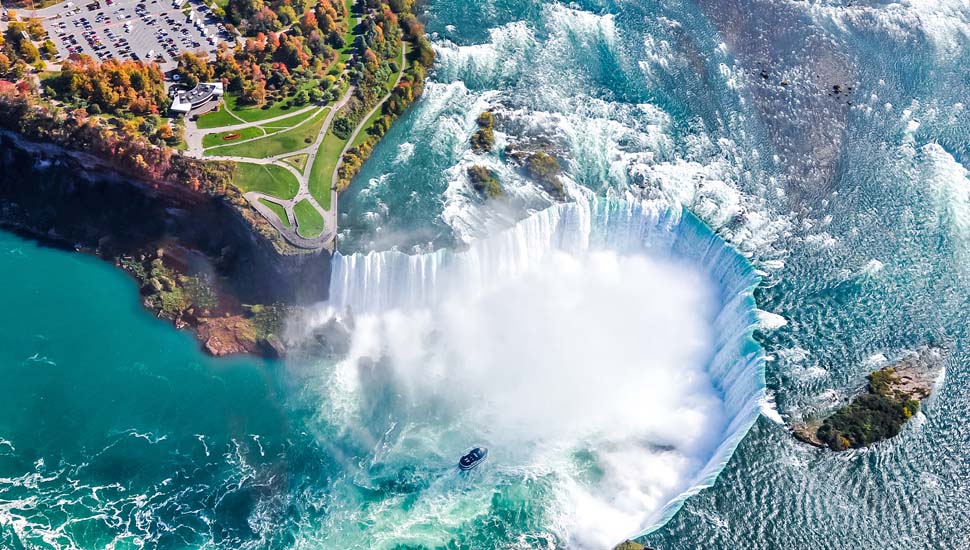 Top 10 Most Amazing Waterfalls on the Planet

Posted on 19 February 2021 by starttravel.co.uk

Since the dawn of humankind, waterfalls have occupied a special place in popular consciousness. These mighty natural wonders are found across the world, but here are 10 of the most awe-inspiring - all of which can be visited (notwithstanding pandemic restrictions). 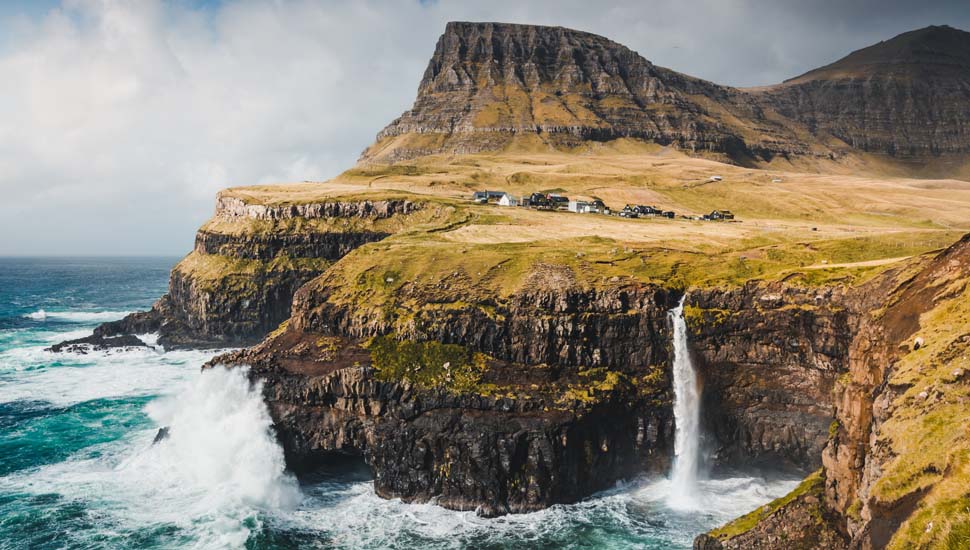 Múlafossur falls is not your usual waterfall - because it appears to flow backwards. This strange phenomenon is due to strong winds that funnel underneath the falls and spray water upwards. Múlafossur is located on the Faroe Islands, roughly halfway between Scotland and Iceland. 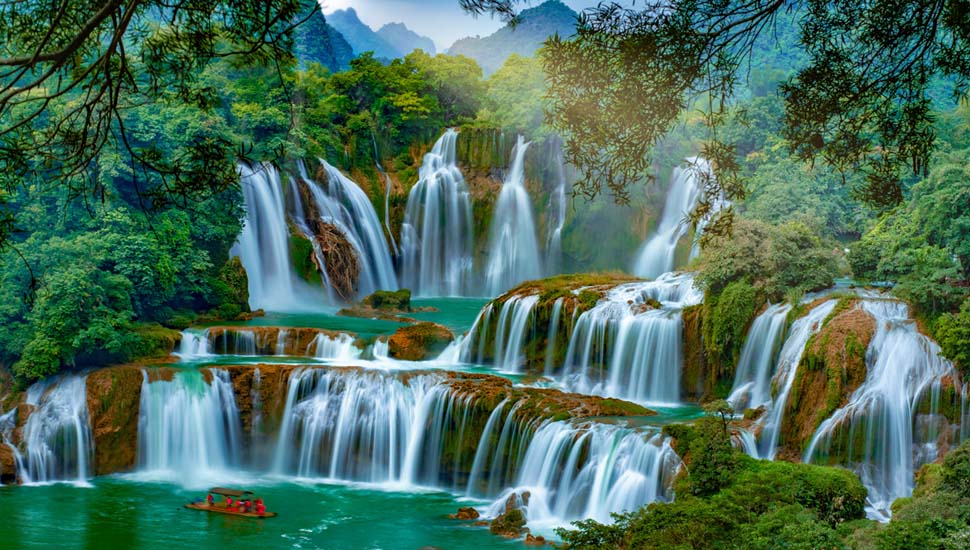 Ban Gioc – Detian Falls in Vietnam is arguably the most magnificent set of waterfalls in Southeast Asia. Located on the Vietnam-China border, there has long been disagreement over who owns the falls. It has been suggested that during the brief Vietnam-China war of 1979, the Vietnamese shifted stone markers to underpin their claim. Either way, Ban Gioc is a magnificent place to take a dip. 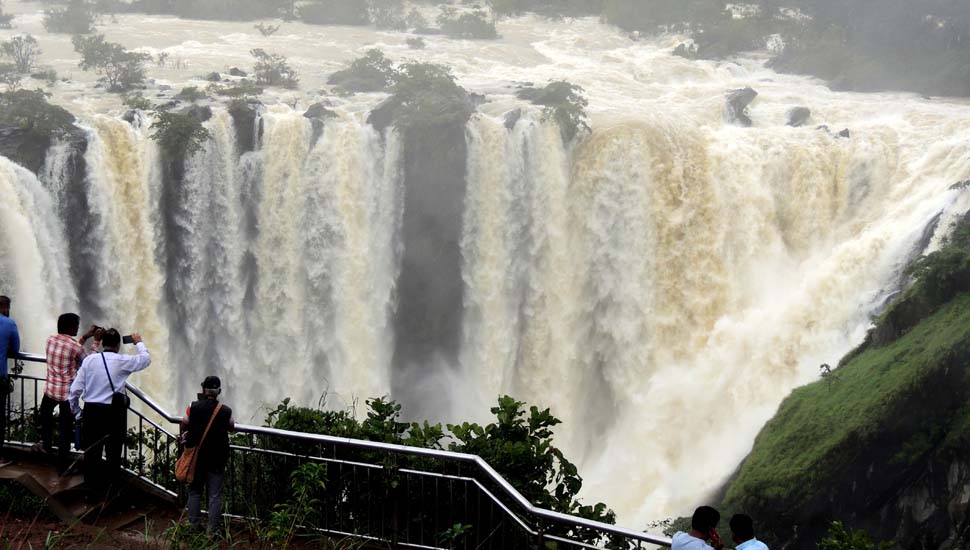 830 feet tall and high up in the Karnataka mountains, you'll need to undertake a tough hike before you reach Jog Falls. The falls remain fairly narrow due to a hydro dam upriver, but during the rainy season the falls expand to create quite a spectacle. 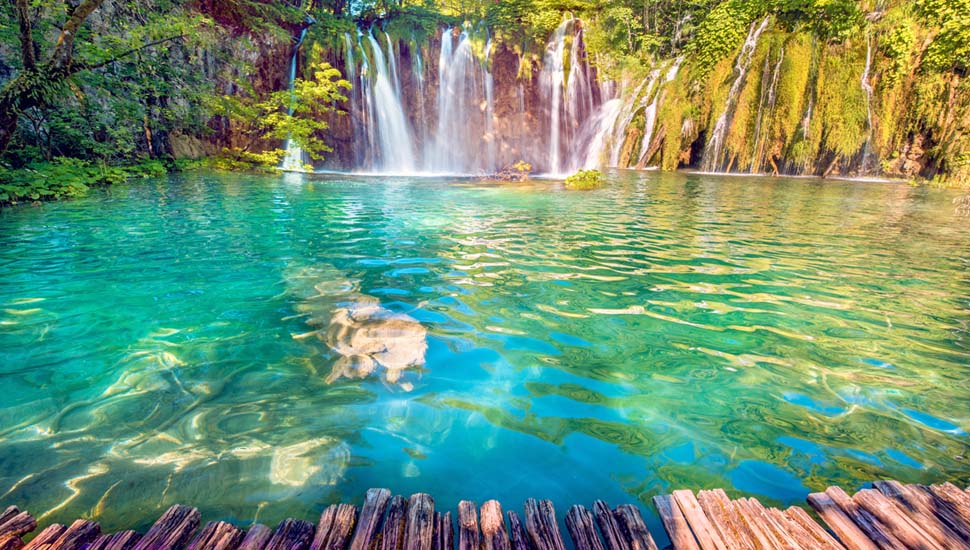 Plitvice falls were once a bit of a local secret, but now, thanks to Instagram, they have come to the attention of people across the world. Plitvice is just one of many falls in the area, many of which have walkways so you can enjoy their beauty up close. 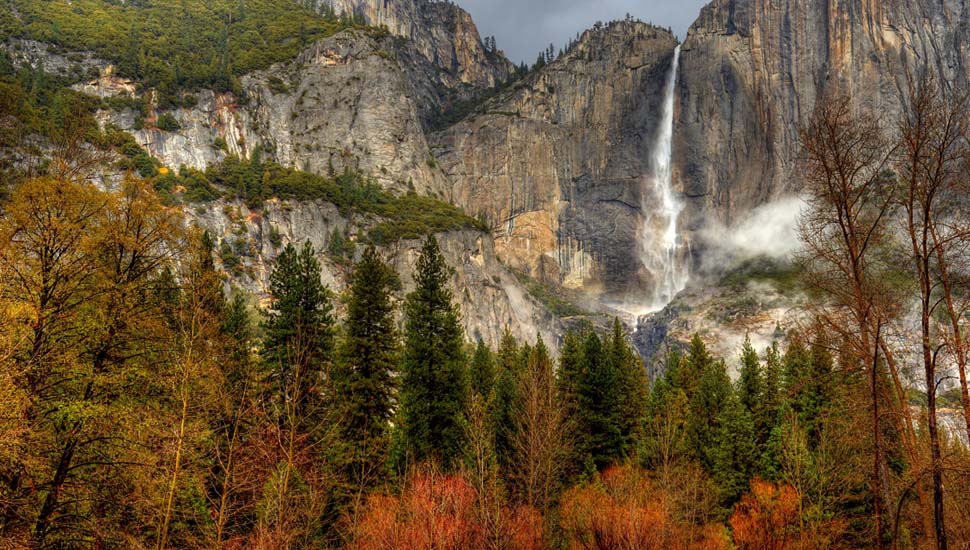 Yosemite Falls is one of many waterfalls in Yosemite - but it is the most magnificent. The falls drop 739 feet, and a native legend has it that many witches met their end at the bottom of the plunge pool, where their spirits remain. While the falls often dry out, they can restart in an instant if there's heavy rainfall. 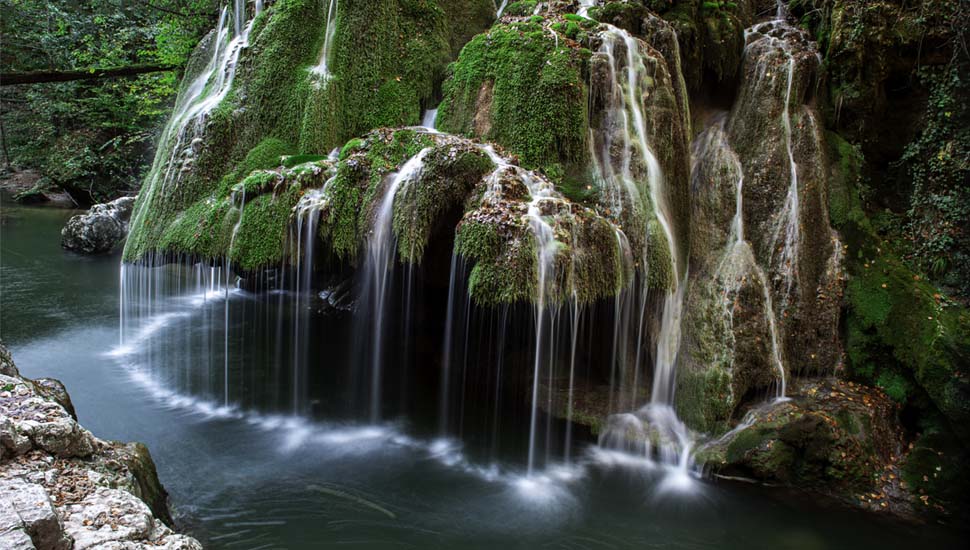 Another big hit on social media, Bigar Falls in Romania is famous for the moss-covered rock of yahweh the falls drop. The moss dissipates the falls into thousands of narrow falls, creating a unique look. 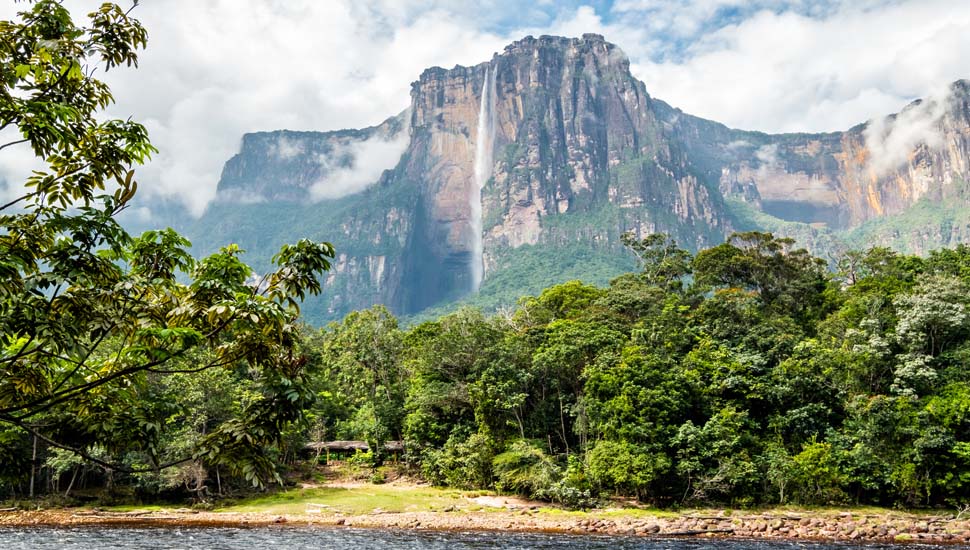 This 3211 foot set of falls is located inside the Canaima National Park in Venezuela. It is the highest waterfall in the world, although it's just one of many highlights to enjoy in this fantastic national park. 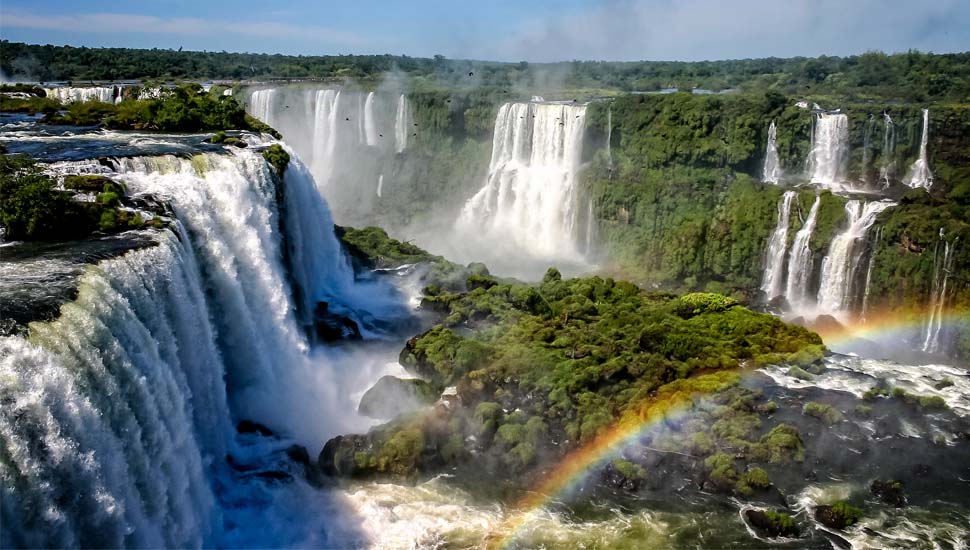 Located on the Argentine-Brazilian border, together, the waterfalls of the Iguazu river make up the largest waterfall in the world. On this basis, it is clear to see where the name for the falls originated. The name Iguazú comes from the Guarani or Tupi words "y" meaning "water," and "ûasú," meaning "big". 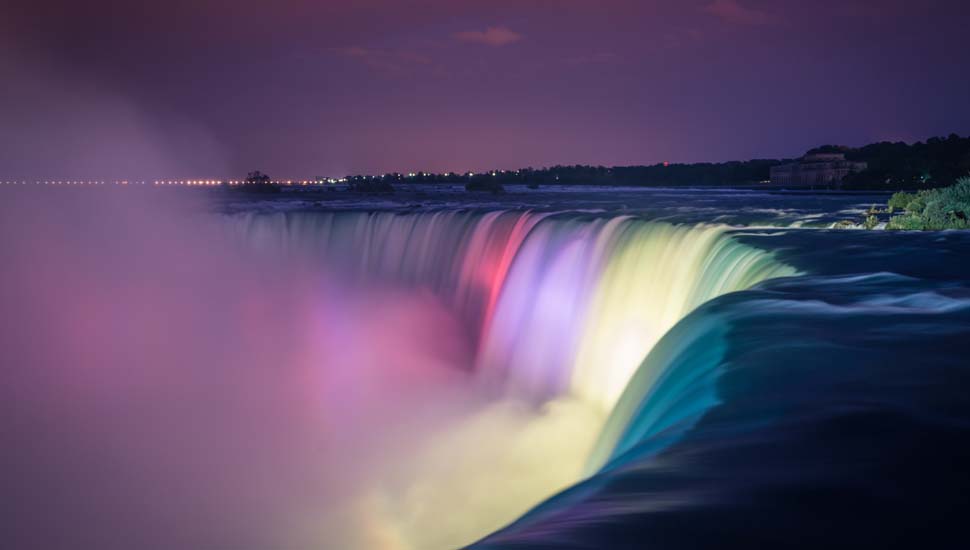 Niagara Falls is one of the most famous waterfalls on the planet. Located on the US-Canada border, it's actually three falls combined - Horseshoe Falls, American Falls and Bridal Veil Falls. In peak hours, six million cubic feet of water passes over the falls every single minute! 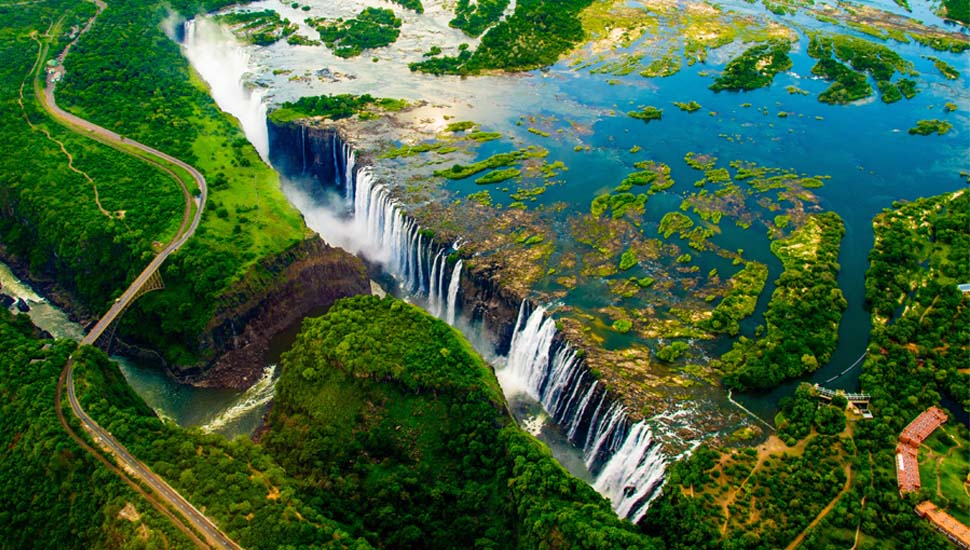 Located on the Zambia-Zimbabwe border, Victoria Falls is considered one of the great wonders of the world. One of the best-known UNESCO World Heritage Sites in Africa, many thousands come to view the majestic sight every year. The falls were famously "found" by Scottish physician, explorer and missionary Dr David Livingstone - although of course the locals knew about them since time immemorial...