10 Things to do on a Berlin City Break | starttravel.co.uk 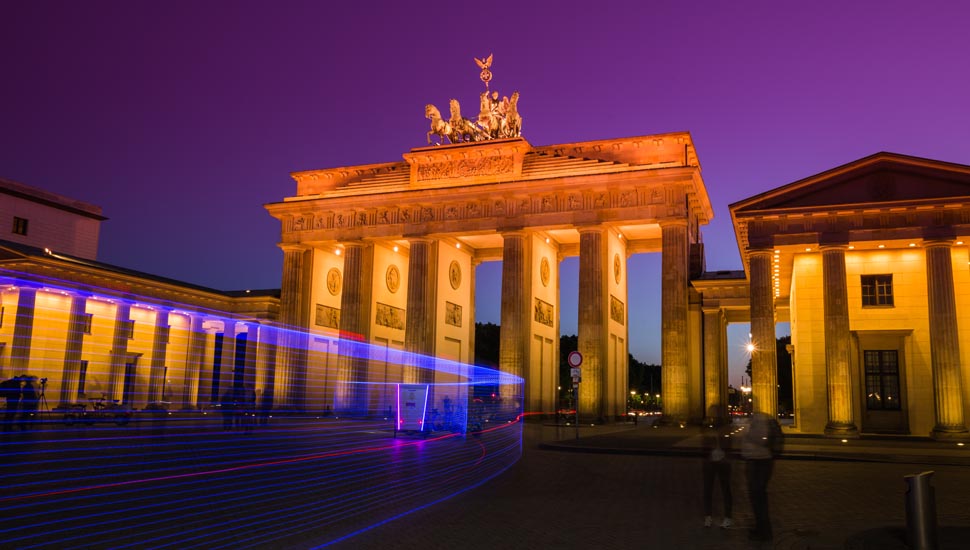 10 Things to do on a Berlin City Break

The German capital: steeped in sometimes-dark history, today's Berlin is a cultural gem. Packed with art galleries, museums, off-the-wall cafes, restaurants, nightclubs, and an energising, edgy vibe all of its own, there's certainly no shortage of things to do in Berlin. Here are 10 must-see things to enjoy on a city break to Berlin, Germany. 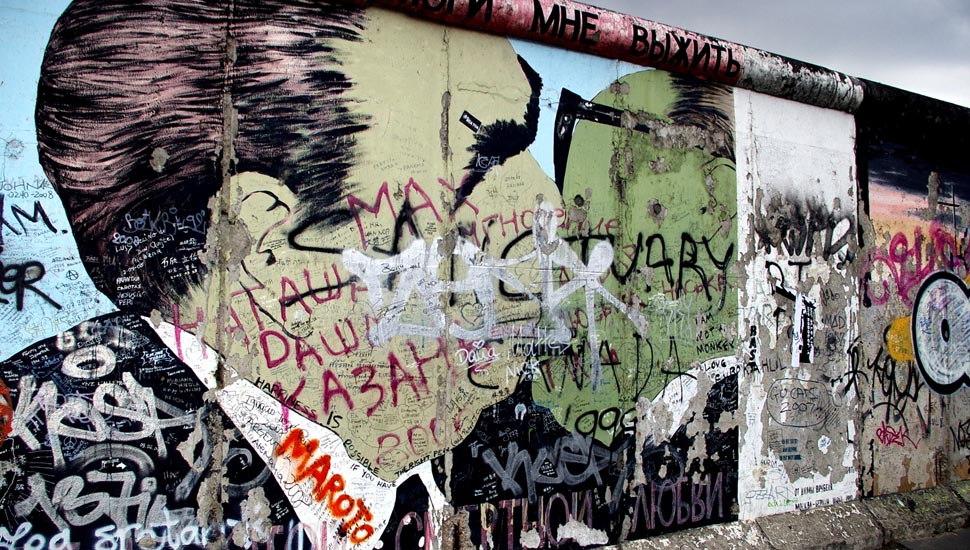 If you want a good sense of Berlin's (relatively) recent history, you simply must check out the Berlin Wall. One of the most popular things to see in Berlin this 100-mile wall was built between west and east Berlin in 1961, dividing the Soviet-administered East from the Allied-administered west. The walls were mostly torn down in 1989 when the USSR collapsed, but sections remain - including one covered in art, and another preserved as it was when built in the 60s. The only place people could cross was Checkpoint Charlie - which is also a must-visit.

The Brandenburg Gate is arguably the most recognisable symbol of the German capital and one of the main attractions you must see on a visit to Berlin. Built in the 18th century, it just about survived both the Allied then the Soviet bombing during World War Two. Enjoy the classic Berlin view with a takeaway currywurst sausage and chips. 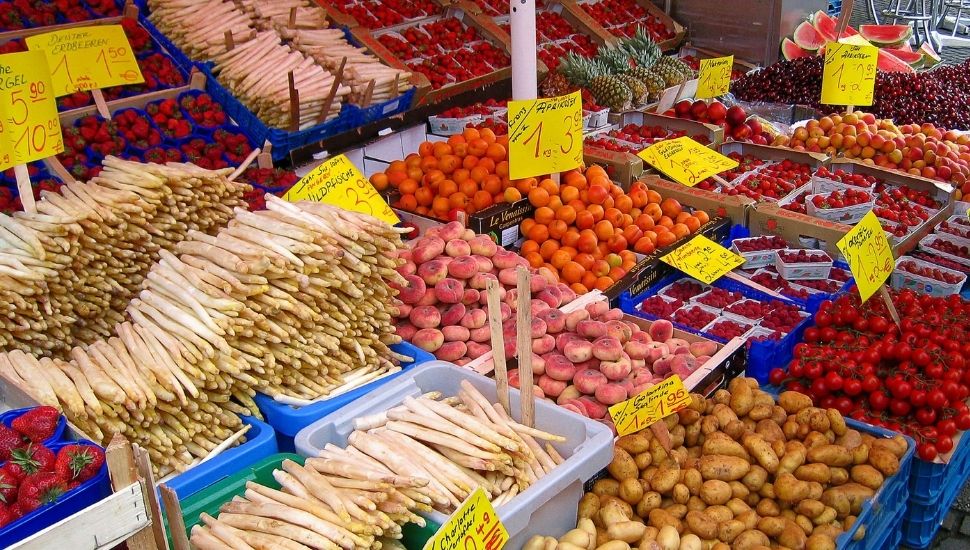 If you're a fan of food or shopping (or both!), a trip to the Markthalle Neun is one of the top things to do in Berlin. This covered market is a mecca for lovers of quality food: find organic vegetables, meat and cheese, along with vintage clothing and much more. Originally built in 1891, it was reopened in 2011. The market also houses plenty of places to try an authentic German meal. 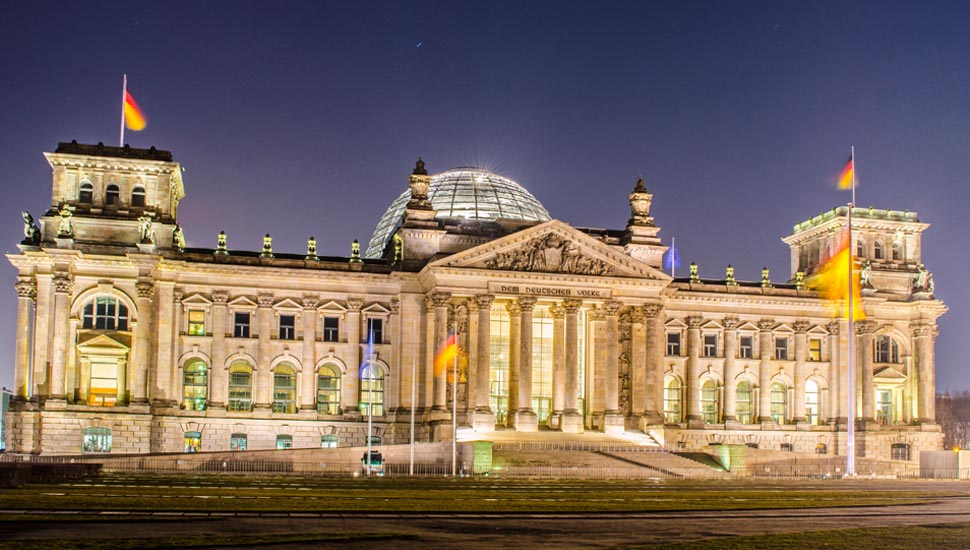 The seat of German government for centuries is a short walk from the Brandenburg Gate. The building has survived the ravages of war, arson and much else besides. Today the refurbished Reichstag with its huge glass dome is a key tourist attraction in Berlin. The dome can be visited, but you'll have to book your ticket in advance. 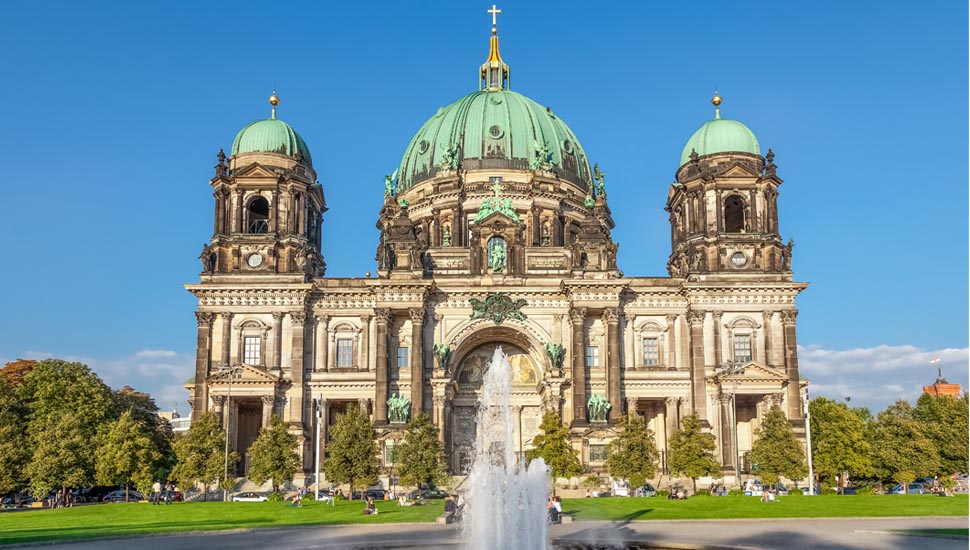 Museum is a collection of five museums located on an actual island in the heart of Berlin. Collections are varied, and include everything from Islamic sculpture to French renaissance paintings. The museums opened in 2009 after the area was finally reconstructed after the damage of World War Two. Don't miss the beautiful Berliner Dom cathedral, also located on the island. 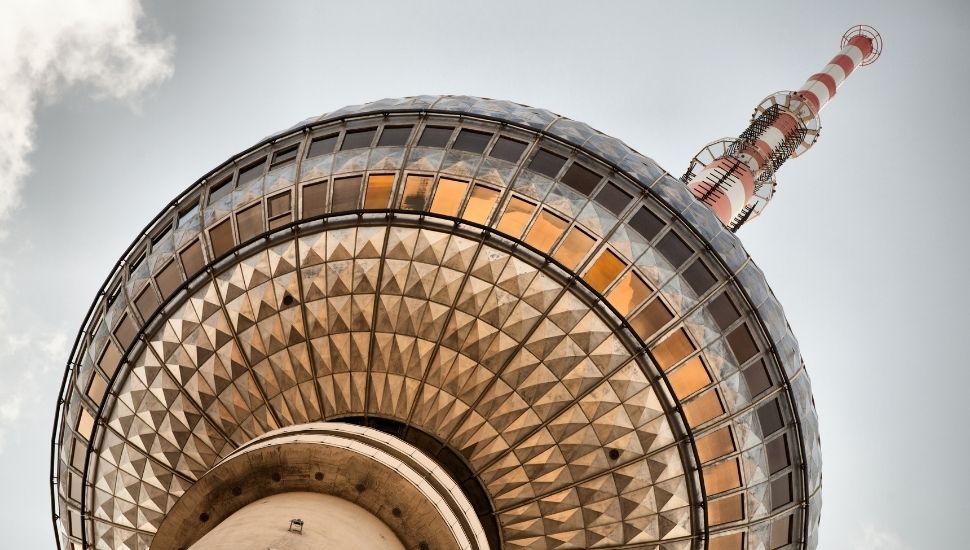 The 368 metre Berlin television tower is Germany's tallest building. Located in East Germany, the tower was built to show off the superiority of the Soviet-run East. Here you can have a meal in the rotating restaurant and enjoy the 360-degree view. Don't miss the nearby AlexanderPlatz. 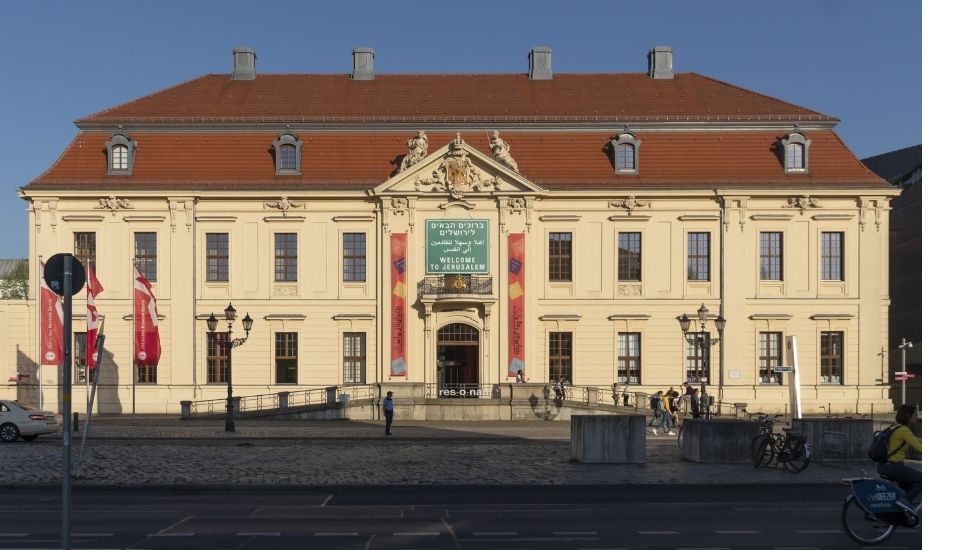 Whilst in Berlin a visit to the Jewish mueum is a must. This vast museum details the experiences of German Jews before and during World War Two, with a huge number of exhibits featuring photos, belongings of victims, and evidence of the holocaust and other crimes against the Jews. A sobering but rewarding experience. 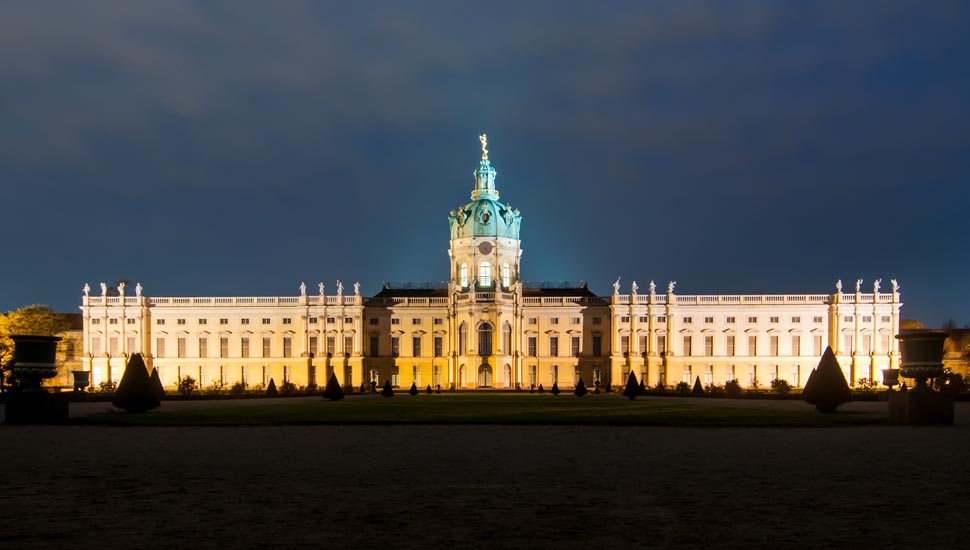 Another of the main Berlin attractions is Charlottenburtg Palace. This vast summer palace was built by Sophie Charlotte, the wife of Friedrich I, Elector of Brandenburg. It was inaugurated in 1699. Created in the baroque and rococo styles, the palace was badly damaged in World War Two. It was reconstructed between 1957 and 1970. A visit here is a great way to relax away from the hustle and bustle of central Berlin. 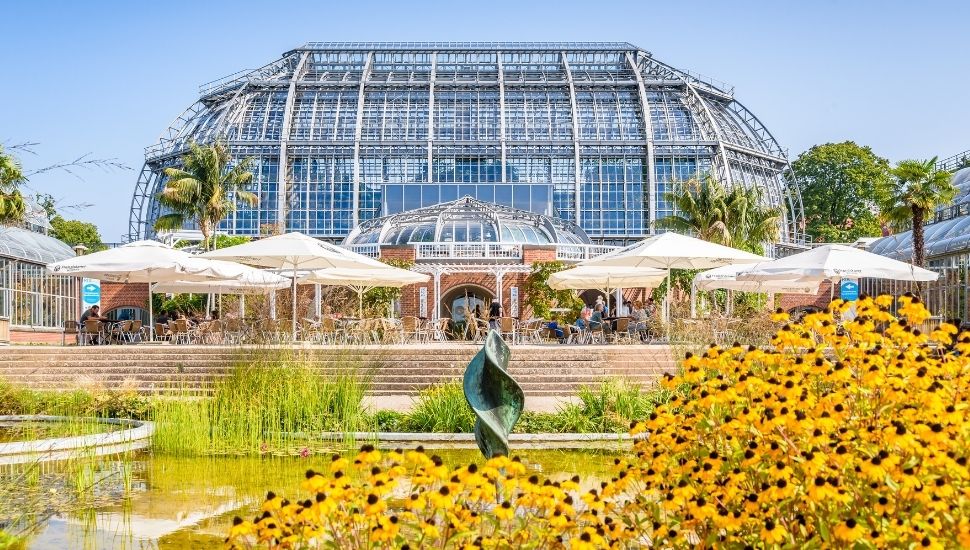 If you’re passionate about fauna and flora, a trip to the Botanic Garden and Botanical Museum will really appeal to you as one of the things to do in Berlin. Created in 1910, the Botanic Garden was designed to encompass the flora of the world. As such it has 20,000 plant species, covering 100,000 acres - making it another wonderful place to relax in the heart of the city. 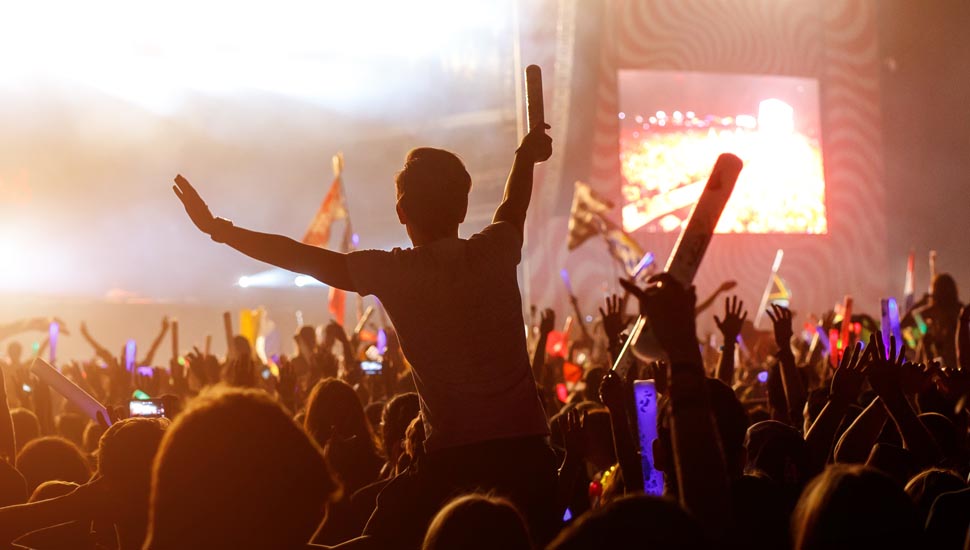 One of the best things to do in Berlin whilst on your city break, is to absorb yourself into the music and arts of the German capital. Berlin's alternative culture scene is deservedly world famous. From street art to off-beat night clubs, the city is a mecca for painters, writers, musicians and plain old flaneurs. Be sure to set aside enough time to explore it - both at night and during the day.